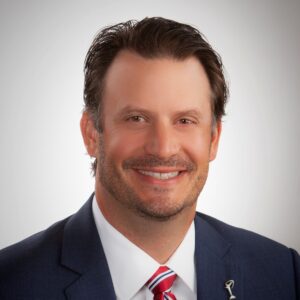 Prior to joining the Kansas Chamber, Eric served as the Director of Government Affairs for the Associated General Contractors of Kansas for six years. With AGC, Eric represented and lobbied on behalf of the commercial building construction industry. He also oversaw AGC’s communications and public relations efforts.

Eric graduated from Kansas State University in 2002. He and his wife Shahira live in Topeka and have two children.