Vote Now for Your Tournament Favorites! 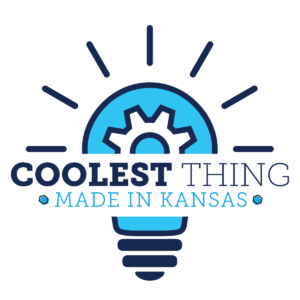 _
Topeka, KAN. – The Kansas Manufacturing Council (KMC) on Monday announced the 16 products that made it into the 2022 Coolest Thing Made In Kansas People’s Choice Tournament.
“These 16 products are a great representation of the many items made in Kansas communities across the state, using a manufacturing process,” said KMC Executive Director Brandie McPherson. “We are excited to get this year’s tournament started.”

Click here to read the list of the products that qualified for the tournament. They will compete in head-to-head match-ups during the next six weeks. Those receiving the most votes in each match-up will advance to the next round, moving one step closer to winning the ultimate prize – being named the Coolest Thing Made in Kansas – People’s Choice.

The winner will be announced during the Kansas Manufacturing Summit on Wednesday, October 13, 2022 at the Kansas Star Casino and Event Center. The 16 manufacturers featured in the contest will be invited to the Coolest Celebration Reception the night before the summit and be asked to display their products during the summit.

Presented by FORVIS, the competition is a great way to learn about the many products manufactured in Kansas.

“It’s also a wonderful opportunity for Kansas manufacturers to show their best stuff and prove they have what it takes to be the Coolest Thing Made in Kansas,” said McPherson.

Kansans can learn more about the tournament at KansasCool.com.